Still can’t believe it, but yeah its true! Samron finally gets to meet the legendary drummer Vinnie Paul from Pantera, and everyone knows what a huge inspiration Pantera has been to the boys from SystemHouse33. Vinnie was cool as hell and hung out with the SystemHouse33 vocalist for a while in Dallas, Texas.

It was an experience to remember and it’s unbelievable the way this guy beats the drum kit the way he does. Everyone knows the legacy of American metal band Pantera. Vinnie was as cool as ever as he spent some time with Samron and also stated that he hopes to come to India and get Hellyeah to play over there. \m/

Most of all, the brother of the late Dimebag Darrell  said he would give a listen to the music of the band and said he was gonna play it when he reached home. He was quite happy to get CD’s from 2 Indian metal bands presented by Samron, who also plays for thrash metal band Sceptre.

See pic below, Samron Jude with Vinnie Paul as he holds up the Depths of Despair CD and Sceptre’s Age of Calamity. 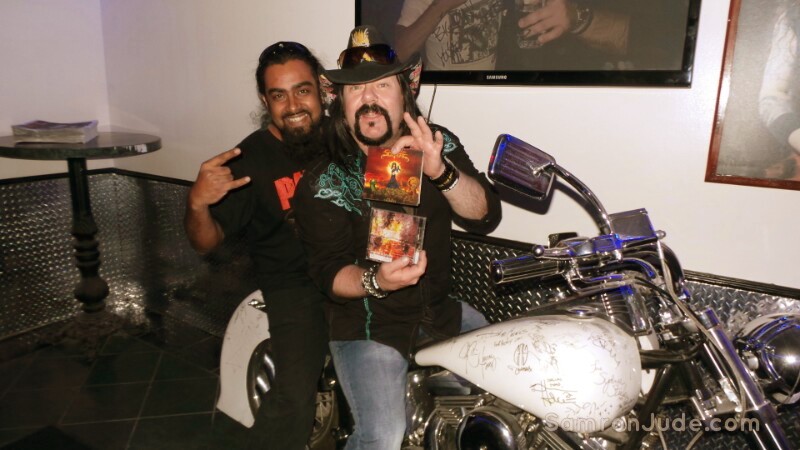