The great turnout at Blizzard as SystemHouse33 perform their heavy tracks.

Just 150 kms away from Mumbai city, SystemHouse33 had somewhat of a road trip to Pune, along with a couple of friends who drove the distance to support the band with the direct destination being the venue – Rastafa.

Breaks on the picturesque route, reaching directly at the venue in time for sound check, the insane Blizzard gig, being interviewed for a documentary, chilling with other bands and crazy post-gig scenes in Pune city – it was all captured on camera.

The band had a great time performing to the crowd of metalheads who turned up in large numbers to support Indian metal.

Anarchy, Existence Failed, Cruoris, Consecration and Sceptre were the other bands that played live at the event.

Check out photos of SystemHouse33’s gig and other scenes:

All set for Pune!

The band members meet up before embarking on the road trip to Pune.

Making time for an early morning band picture by the lake somewhere near Seawoods. 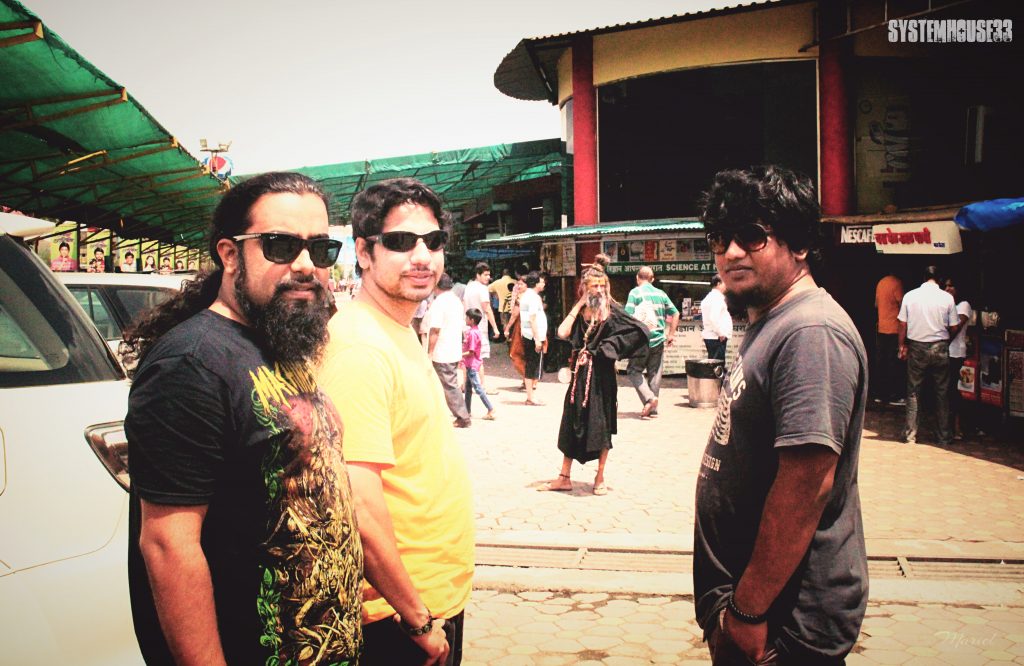 Taking a break half-way, photobombed by a baba with long dreadlocks.

A SystemHouse33 group meet of sorts at Lonavla.

Sawant and his trippy shades.

Reached the venue “Rastafa” in Pune and a blackboard with writing in chalk reveals the bands set to play on June 14, 2014. 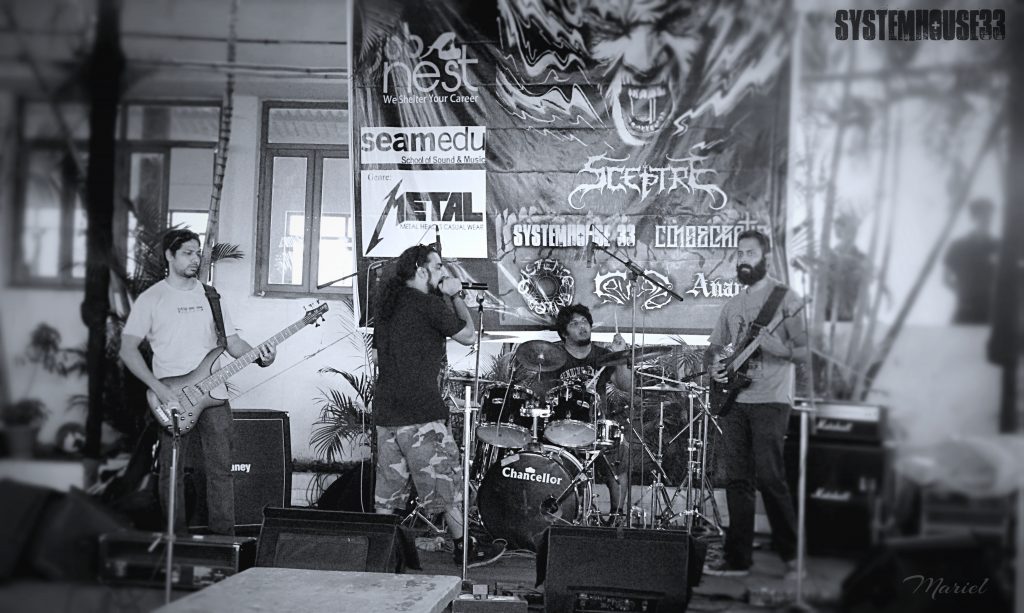 Leon, Sam, Atish and Danny at the band’s sound check.

The massive SystemHouse33 “Depths of Despair” hoarding is up at the venue.

Samron, Daniel and Akash relax before the gig along with all the other Mumbai folk (standing) who travelled to Pune for Blizzard 2014.

The band gets interviewed for a documentary on the metal scene in India.

Up, close and personal with SystemHouse33! \m/

Watching the other crazy bands perform. 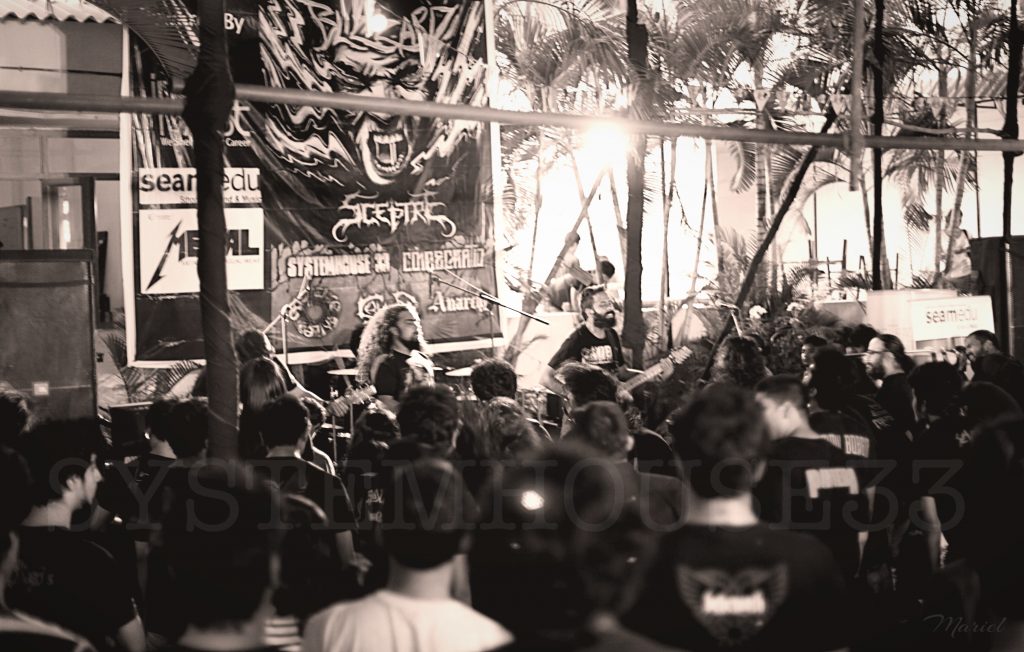 SystemHouse33 hits the stage and the crowd headbangs and moshes!

Atish slams away on the drum kit like there’s no tomorrow. \m/

Samron and Leon get the moshpit going.

Belting out tracks from the heavy album “Depths of Despair, as well as older ones. 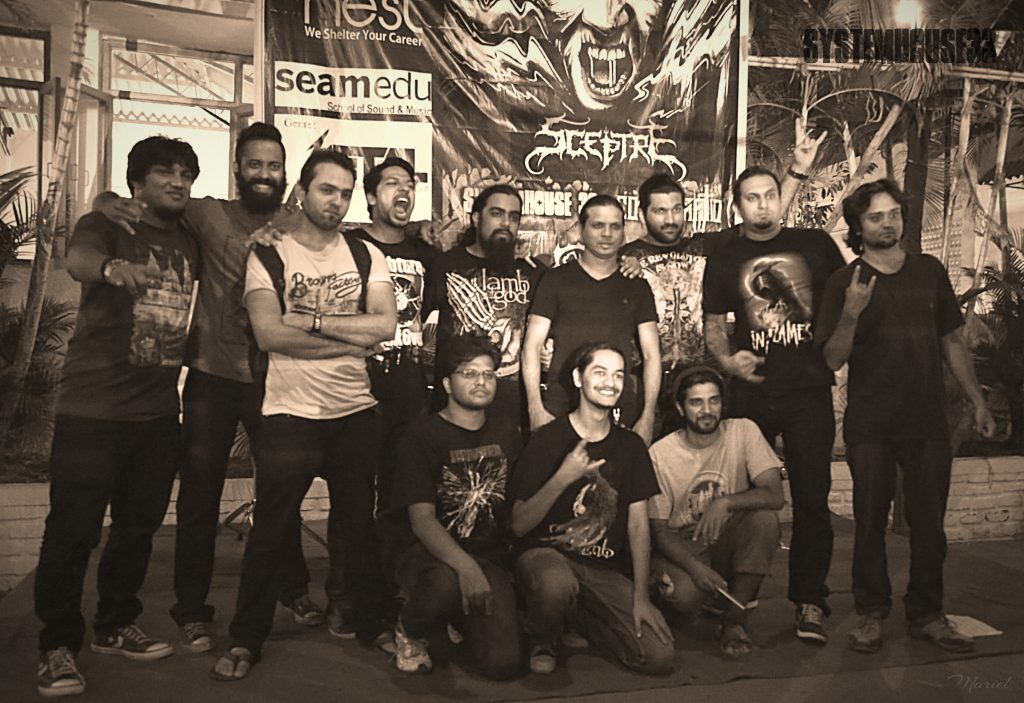 Post-gig: SystemHouse33 with Sceptre and the Blizzard organizers. Navneet Sandhu, (first from left – sitting) the man who worked hard to make the gig happen along with the others. \m/ 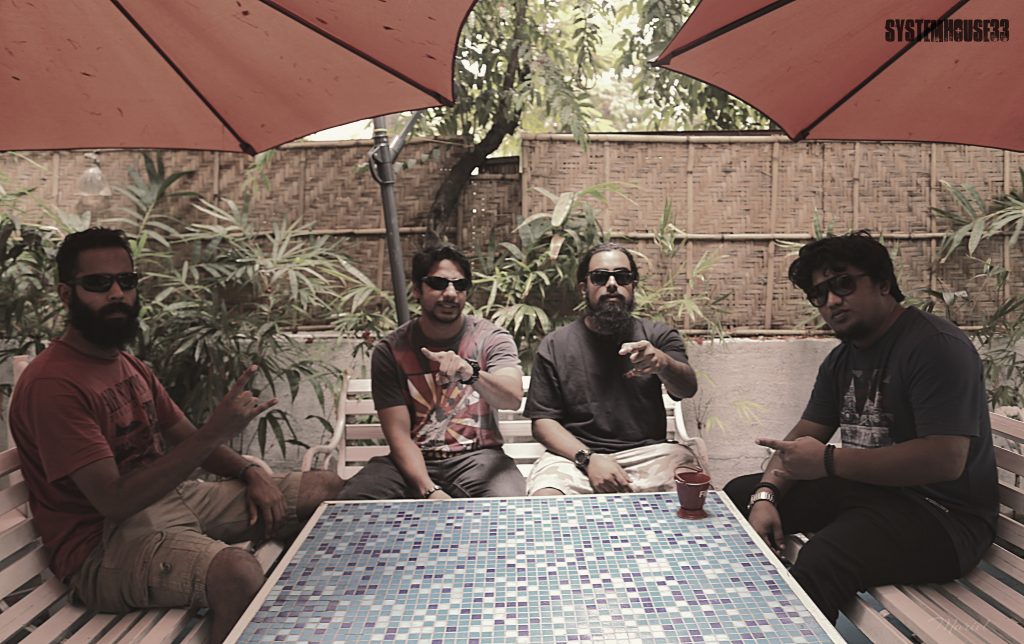 Brunch at the bakery! 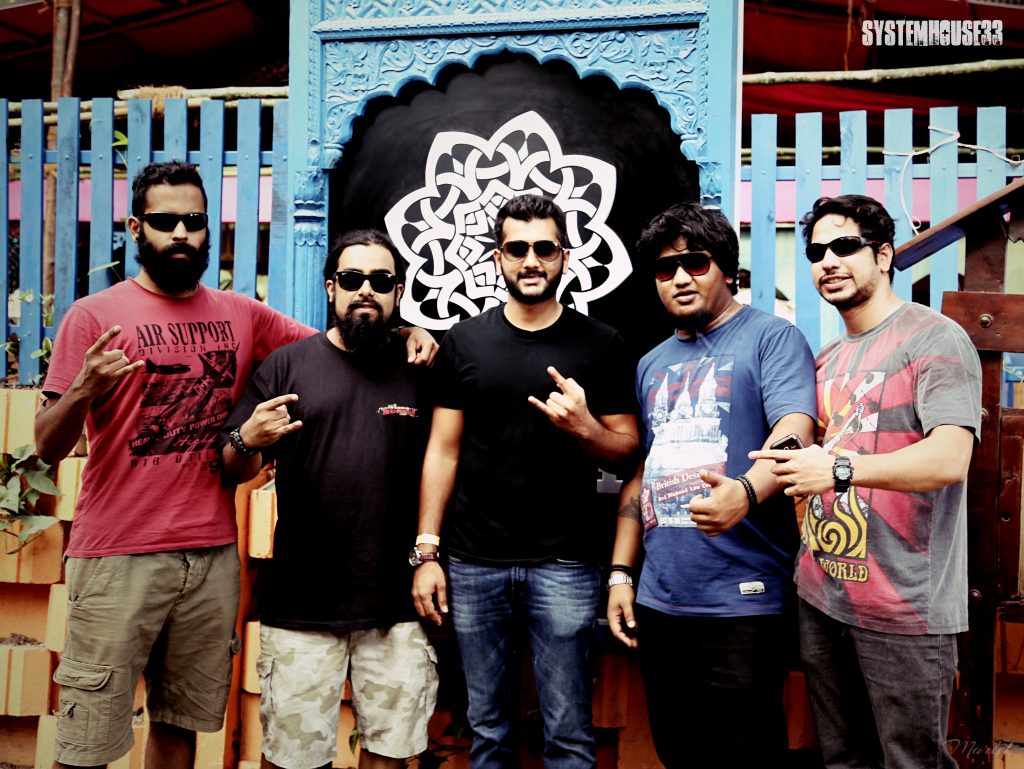 SystemHouse33 manager Rohan Mehta chills with the band the next day in Pune. (To book SystemHouse33 for gigs/events, contact Rohan) 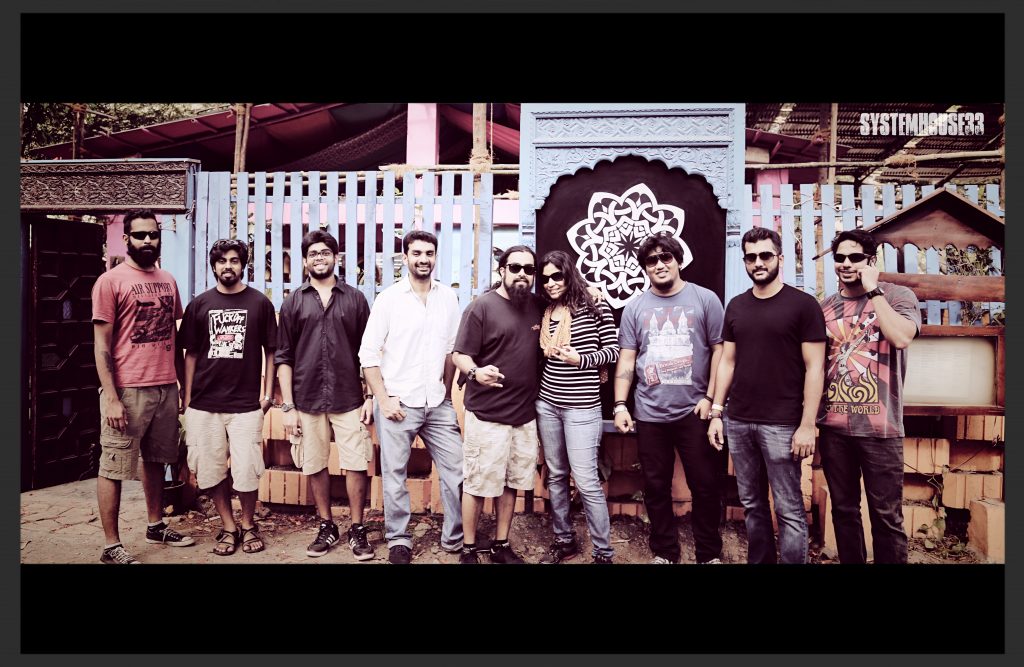 Some of our good friends who drove from Mumbai to support SystemHouse33 at Blizzard 2014.

The Manager knows best – Rohan takes the guys out to The High Spirits in Pune to unwind to some great indie music.

Check SystemHouse33 on Facebook. To book the band for a gig, get in touch via contact@systemhouse33.com